Jaguar E-Type Being Revived With An Electric Twist

Or, if you prefer, a reliable American V8.

There's big business in taking a classic car and modifying it with a modern powertrain, advanced technology, and a bespoke interior. Florida-based ECD Automotive Design should know. The custom builder currently offers six-figure restored Land Rover Defender and Range Rover SUVs, including several Tesla-powered EV models. After becoming one of the largest Land Rover restoration companies in the US, ECD is ready to turn its sights on another classic British icon: the Jaguar E-Type.

A precursor to the modern Jaguar F-Type, the E-Type (or XKE) sold from 1961 to 1974 over three series as Jag called them. Enzo Ferrari once called the XKE Series 1 the "most beautiful car in the world," making it an item of desire more than half a century later. Like ECD's Land Rover projects, no two E-Types will ever be the same.

ECD says it will restore any E-Type requested by the customer, ranging from the original covered headlight Series 1 to the later Series 3 in both coupe and convertible body styles. Customers who want to keep their E-Type authentically British can retain the original inline-six or V12, though ECD warns this option will come with "leaks and all." Buyers who prefer more reliable internal combustion can opt for a 6.2-liter LT1 GM Performance V8 producing 450 horsepower, mated to an eight-speed automatic transmission.

The first E-Type off the assembly line next year will be all-electric, powered by a Tesla motor producing 450 horsepower. ECD says the battery should offer a 200-mile city or 140-mile highway driving range with an eight-hour charge time on a Level 2 plug.

Every step of the build process is completely bespoke. Owners can select from a range of authentic Jaguar colors from the 1960s to the 1980s or a modern hues from the automaker's 2023 model lineup. Inside, the cars can be wrapped in hand tipped or distressed leather for a more original feel, or Jaguar Nappa leather for a modern aesthetic.

ECD is taking deposits now, with prices starting at $299,995. Bespoke cars don't come cheap. The company only plans to build around 10 to 12 restored Jaguar E-Types per year starting in 2023. We hope to get some seat time when the first one roll off the line. 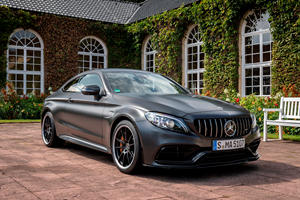 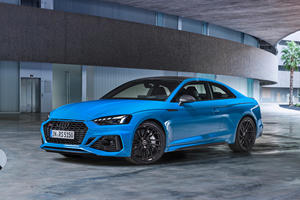