by Gerhard Horn Formula One / 9 Comments

But not quick enough to catch up to SuperMax.

Formula 1 returned to Canada for the first time since 2019, and it was an epic weekend. We include the entire weekend because it was one of those that was so much more than a Sunday race.

The first thing we noticed was the crowd. Circuit Gilles Villeneuve threw its doors open to a 338,000-strong Canadian audience. The atmosphere was so electrifying we could feel it through the TV screen. As always, the Canadians were a prime example of how to behave at a race. Don't boo the guy you don't like, and remember to cheer and acknowledge good racing.

The greeting Sir Lewis Hamilton received from the crowd was spectacular. Then again, he has a history with the track. He won his very first Grand Prix in Canada. Now, 103 victories later, Canada was kind to him again. He returned to the podium for the second time this season and bested his younger teammate for the first time in eight races.

A Win And A Loss For Red Bull

Sergio Perez has been on fire this season, but the 2022 Canadian Grand Prix was not kind to him.

During the qualifying, he put his car into the wall, landing him a 13th place on the starting grid. We were looking forward to seeing the Mexican Minister of Defense battling to the front, but it was not to be. On lap eight, the car's gearbox suffered a catastrophic existential crisis. Thankfully, it was not the engine which would have resulted in a grid penalty in the upcoming British Grand Prix.

Max Verstappen won yet another race, pulling away even further from his main rival in the 2022 season. Verstappen is currently on 175 points, followed by Sergio Perez on 129 points. Charles Leclerc remains in third place, just three points behind Perez.

Leclerc is now technically two victories behind Verstappen, assuming Verstappen fails to finish these hypothetical races. As we near the halfway point, it's starting to look like another Verstappen championship year.

And still, some call him a fake champion. Yeah, right.

Mercedes-Benz getting on the podium is purely down to luck. Luck is an entirely valid reason to be up there. Sometimes Lady Luck is on your side; other times, you're Mick Schumacher. But, seriously, now. What does Mick Schumacher need to do to score a point?

Mercedes-Benz's car remains uncompetitive compared to Red Bull and Ferrari. The team is in much better shape than ever before, however. Lewis Hamilton called his car "undriveable" on Friday but he delivered a sensational drive on race day. It was a friendly little reminder to George Russell that he's still arguably the F1's GOAT.

Merc's car still competes on the slower side of the field, but it is at least reliable. Whenever a Ferrari or Red Bull gives up, Mercedes is there to pick up the scraps.

If the team continues on this upward trajectory, Lewis Hamilton might give Leclerc and Verstappen some trouble in the second half of the season. C'mon guys. If you can make the Mercedes-AMG One work, surely you can make the F1 car faster?

Fernando Alonso is an OG. Before the weekend started, he stated that he had no problem with porpoising because his body was fit enough to take it.

Then he surprised everyone during qualifying by putting his midfield Alpine on P2. Verstappen joked about Alonso's age, and Alo promised to overtake him in the first corner. Unfortunately, that did not happen, but Alonso battled at the front for as long as he could. Eventually, the sheer speed of the Red Bulls, Ferraris, and Mercs pushed him toward the rear.

It was a timely reminder of how good Alonso is and why we hesitate to call Hamilton the greatest of all time. Fernando Alonso drives like a demon, no matter what he's in.

As a reminder, watch this video of the time he competed in the Dakar Rally. He jumped a dune, rolled his Gazoo Racing Hilux, and set off again at a blistering pace, all within 40 seconds. What a champion.

Ferrari Makes It To The End

As we predicted, Charles Leclerc had to take a grid penalty for using more than the allocated powertrain parts per season. Thankfully, his car lasted to the end, though we don't know whether Ferrari is on top of its reliability problem. We know Ferrari has burnt through its part allocation, so every DNF going forward will likely come with a grid penalty.

Carlos Sainz was a star at the Canadian Grand Prix. With Leclerc at the back, it was up to Sainz to score points for the team. He did not buckle under pressure. During the race's final stages, a safety car bunched everyone together. Verstappen's lead was wiped out, and he had Sainz behind him. Those last few laps were magnificent. It takes a brave man to take the fight directly to Verstappen's doorstep. And while he didn't quite stick the landing, he was right there with him.

Next up is the British Grand Prix and a return to Silverstone. Last year Hamilton infamously put Verstappen into the wall, which was arguably the start of their bitter rivalry.

This year Red Bull looks untouchable, especially on high-speed circuits like Silverstone. Carlos Sainz could not catch up with Verstappen, even with DRS engaged. Silverstone's two DRS zones will also favor the Bulls, even if they fall behind. As a bonus, Max Verstappen still holds the fastest lap record at Silverstone.

Still, three Brits are racing on home turf. Lewis Hamilton, George Russell, and Lando Norris will all be out in full force to win in front of their fellow countrymen.

Gerhard knew from a young age that he wanted to be an automotive journalist. He completely disappointed his parents by completing degrees in communication and English, as well as diplomas in graphic design and film and art appreciation. He later interned at various automotive publications, before landing a permanent position at a newspaper. He became the editor within two years, after which he landed a job as the deputy editor at a national publication, where he spent eight years traveling the world, driving, and writing. In his current role as senior editor, he writes news, reviews, scripts, and opinion pieces. When he’s not supposed to be working, you’ll probably find him working. When he’s forced to take a break, you’ll find him at the movies, or behind the wheel of a ‘92 NA Miata called Kimiko. 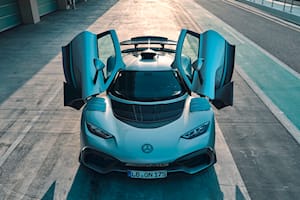 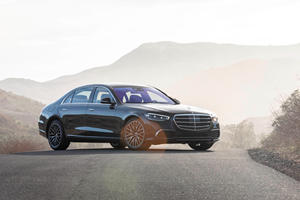 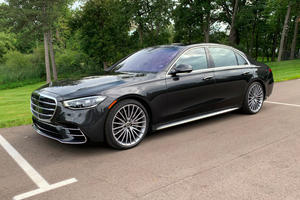 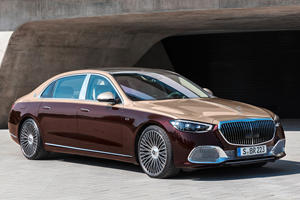 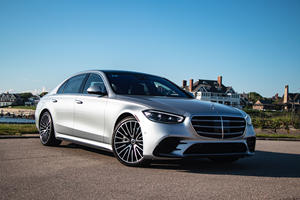